6 Social Media Platforms You Should Watch For Inspiration (2023) 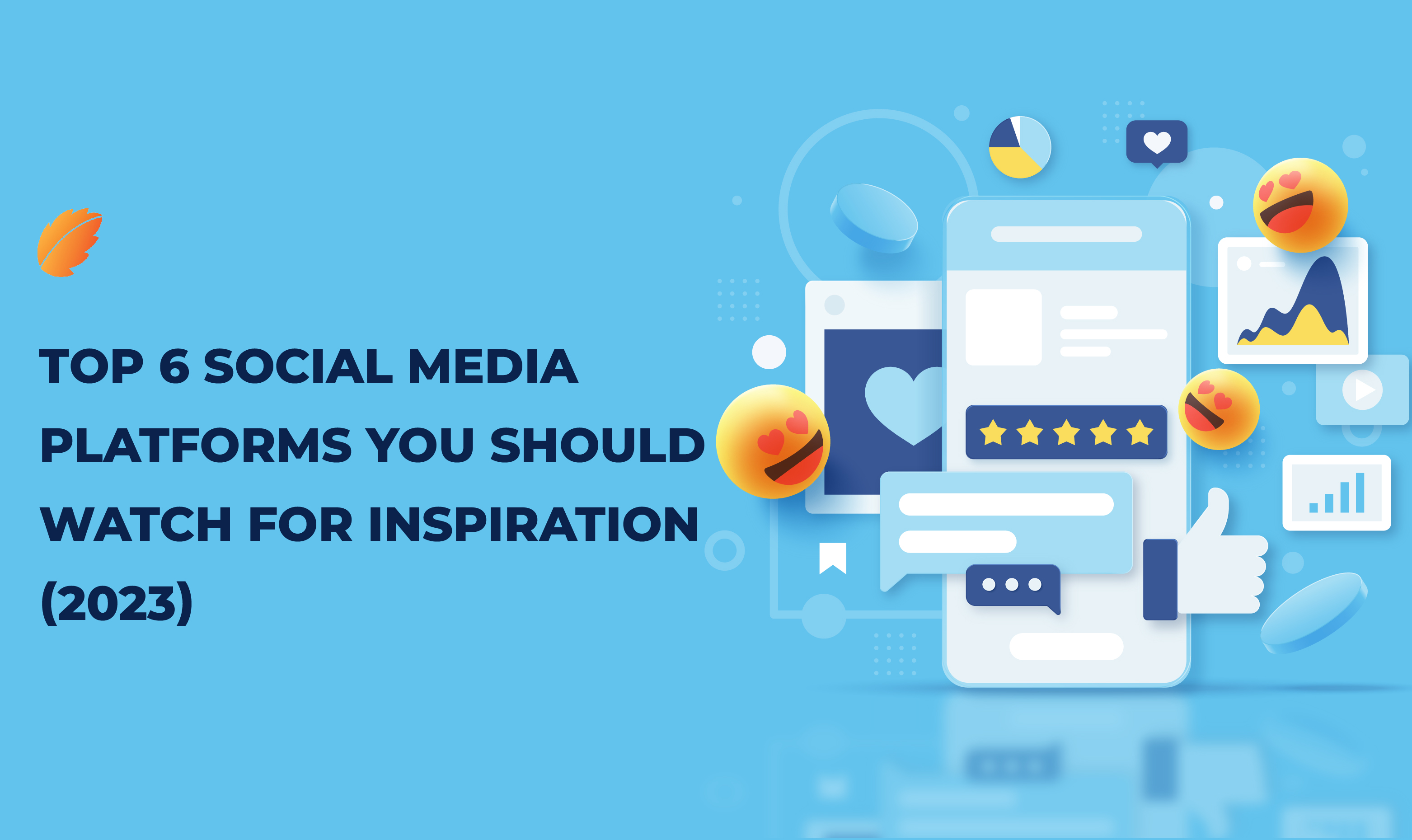 When we think about social networking app development, the first thought that comes to our mind is Facebook, Twitter, and Instagram. However, in the past few years, we have seen a rise in new social media platforms that surprisingly gained the attention of many users.

We analyzed and collated information on the leading social networking sites in 2023 to make things easier. Some will sound familiar, while others can sound unfamiliar. We propose you browse through this list to discover more about the social media sites that can benefit your brand. And keep in mind that you don't have to be on every social media platform to have a great business.

With 2.93 billion active users in 2022, Facebook is the undisputed ruler of social media. That implies that roughly two out of every three of the world's 4.59 billion social media users are active Facebook users.

We should thank Zuckerberg for introducing Facebook and making the world so compact. Its feature Timeline was redesigned and received mixed reactions. It appeals to us. The original wall was too small. Photos, new friends, and other information in Timeline now flow more smoothly in a broader, double-barreled river. Previous Messenger was also a feature of Facebook that allowed the business to create chatbots, send newsletters, and do advertising.

TikTok, formerly known as Musical.ly, has proven a tremendous sensation with younger audiences. According to the data firm Sensor Tower, TikTok was the fourth-most downloaded app in 2018. TikTok, like the now-defunct Vine, is all about short-form videos that loop. Users can easily produce and share video material, but what distinguishes TikTok from other video-creation sites is the ease with which musical overlays, entertaining effects, AR filters, and other features can be added.

If your target demographic is between the ages of 16 and 24, it's a great app to get inspired for your business.

TikTok, which has long been noted for its inventiveness, has developed at least two features that are directly inspired by other social networking platforms:

With these new features, TikTok has become a "super app" as it provides all the essential features under one roof, including social media, messaging, services, and payments.

If you want to develop an app like TikTok, explore TikTok, talk to social media app developers, and list down the features you can add to your app.

BeReal evokes the early days of social media when users mostly shared images to show their friends what they were up to before it evolved into the highly curated, ad-heavy place it is today.

If you wish to try out some of BeReal's features, create a profile and become acquainted with the platform. Experiment with the dual camera option on a platform where your business already has a presence to see whether it catches on with your target demographic.

If you want to create a professional app like Linkedin, hire social media app developers in USA, as they can guide you effectively in selecting the best social media app features. If you noticed, the LinkedIn feed is filling up with more personal posts like Facebook. It seems like LinkedIn changed its algorithm after Corona.

In 2022 most of the viral posts on LinkedIn were a combination of long-form personal storytelling and photos. Whatever the reason, social media app development for creating an app like LinkedIn requires a great team of social media app developers in USA so that users can also include LinkedIn features like Audio Events, carousels, and reaction buttons. LinkedIn also has professional development courses; you can create a course library to add a touch of educational apps.

Vero is an Instagram social networking app development clone with no adverts, data mining, or algorithms. Instead, Vero users can exchange images, music, TV shows, movies, books, links, and other media. Furthermore, users can choose who can view each post by selecting one of four categories: close friends, friends, acquaintances, or followers.

Despite the absence of advertisements on Vero, marketers can still collaborate with influencers on the site and pay to add a "Buy Now" button to their posts.

Creating an app like what app will need deep market research and a team of experienced social media app developers in the USA. Launching a social networking app with some basic features will not help you stand in the market, as there are various alternatives.

What's app features like video calling, payment, adding stories, selecting audiences, and selecting multiple messages have already made it user-friendly. That is why, for most people, it has become a default app for chatting. But, according to the research, in 2023, what will release many new features to increase user engagement and usage time?

Its "View Once text" will automatically delete the messages once the recipient sees them. Not only this. In 2023, What's app will allow users to search their messages by date.

So, if you plan to beat this famous app, think differently and give the user something different. For more ideas, it is recommended to research a market and have an experienced social networking app development team.

Why should you follow the social media trends of 2023?

Consumer behavior evolves faster than ever in this digital epoch, and companies that adapt to social media trends in Social Media App Development can find success.

You can create a spectacular Social Media App Development plan to help you finalize your features for app development and highlight your business in your target audience.

Take a closer look at these trend-setter social media platforms to find the best option for your social networking app development. Getting in on them early can benefit your company significantly, and you'll be one step ahead of the competition.

Hiring the professional team of Consagous' social media app developers in USA can help you release all the above-discussed features in your app. If you have any business plans to jump into the social networking industry, talk to our experts for a free consultation.