All You Need to Know About Amazon Honeycode!

Amazon recently announced its entry into the no-code/less-code foray with the Amazon Honeycode App Builder, aimed to empower developers to create web and mobile apps without any programming or coding knowledge. Here’s a brief insight as to what it is about. 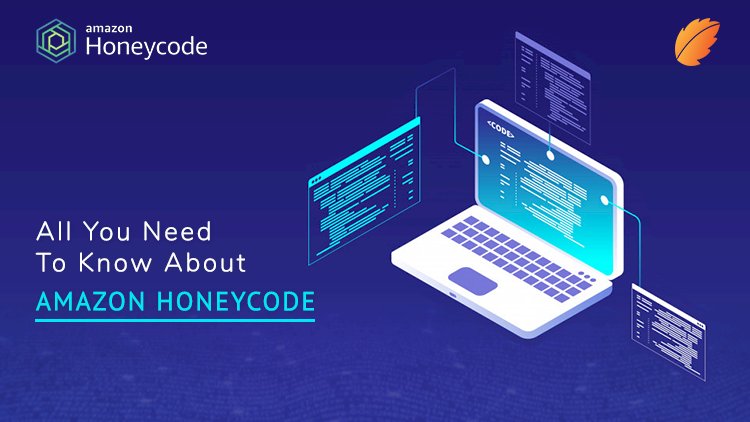 Tech enthusiasts were pretty excited since a year after hearing that Amazon was working on a service that offered a no-code service by the name of Honeycode. This particular service had the tag of ‘AWS for Everyone’, where people without any previous experience of software development could create basic business applications and not depend on their company’s IT department.

After a substantially long wait, Amazon launched this service as the Amazon Honeycode App Builder. Available in AWS as a managed service, users can have the benefits of a simple to use virtual app builder for creating web and mobile apps, backed by the powerful, tried and tested database built in AWS.

Competing with Microsoft Power Apps and Google Cloud’s AppSheet, one of the biggest features of Amazon Honeycode is the ease with which it allows new developers to build great web solutions without the need to write a single word of programming code at all.

All about Amazon Honeycode

For any mobile app development company, Amazon Honeycode looks to be an avenue that is full of promise.

To keep things simple, the overall profile of Amazon Honeycode has three integral points that can be noted as the essence governing the overall operational process of Honeycode-

When compared to AppSheet and PowerApps, Amazon Honeycode has a pretty lightweight identity in terms of functionality, at least, as far as the initially launched beta version is concerned.

While the future versions will allow the associated users to get access to a number of customized solutions as per their requirements, the present version is just to get the developers acquainted with something that is on offer from AWS.

As of now, Amazon Honeycode allows the users to create applications with upto 20 individuals completely for free. Things move to the premium scenes only with additional users and storage space for apps that are large in size.

In its current identity, Amazon Honeycode has built-in templates for everyday web and mobile apps that include surveys, task lists, reporting times, content trackers, team tasks monitoring, inventory, and event management among a lot of other things. A really interesting feature of Honeycode is the ability to import all data into a workbook and then organize it in the spreadsheet interface.

The benefits of Amazon Honeycode, obviously get a little more enhanced with its integration in AWS Partner Network (APN). With this combination, users can internally use Honeycode to bring about an improvement in the business processes internally as per the productivity benchmarks and parameters, which can vary from time to time.

The name Honeycode too is supposed to denote the ease it brings into the whole programming scenario. Hence, Amazon came up with Honeycode.

What now remains to be seen is how Amazon catches up to its main competitors, Microsoft PowerApps, and Google’s AppSheet. While PowerApps was launched way back in the year 2015, Google too made its acquisition of AppSheet right this year in January.

As far as the first version is concerned, Amazon Honeycode is available for users in the US-East (North Virginia) and Oregon. The service will be made available to the other regions as well in the coming time.