One of the biggest recent advancements in mobile development framework has been the proliferation of Apache Cordova framework. This framework allows you to use standard web technologies such as HTML5, JavaScript, and CSS3 for cross-platform development. 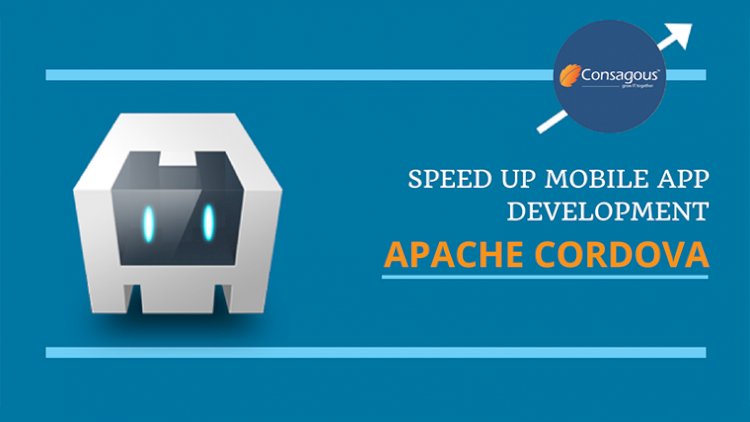 There’s no demurral that performance is an important factor that can influence the mobile app development process sorely. Therefore it is must to choose an efficient framework that can enhance the performance of software without leaving any questions behind it. Most of the newly updated versions of frameworks are amazing in terms of efficiency and cost but still, it’s tempting to make your decision purely based on performance as there are quite a bit more to weigh.

One of the biggest recent advancements in mobile development framework has been the proliferation of Apache Cordova framework. This framework allows you to use standard web technologies such as HTML5, JavaScript, and CSS3 for cross-platform development. It also offers an appealing user experience and simply loads whatever new data the user has requested. Let’s discuss more specifically what exactly Apache Cordova is?

What is Apache Cordova?

Apache Cordova, also known as PhoneGap is an open-source mobile development framework, originally created by Nitobi, but in 2011 it was purchased by Adobe Systems and later released as Apache Cordova. It enables mobile app developers to use web technologies instead of depending on platform-specific APIs. Apache Cordova also enables wrapping up of CSS, HTML, and JavaScript code based on the platform of the mobile device and widen their features to work precisely with the devices.

You can use Apache Cordova for:

This amazing cross-platform framework is full of enormous features, it allows developers to use a single set of code for multiple mobile platforms. Its benefits include:

Hope now you got an idea about the benefits of Cordova mobile app development. It’s time to discuss its estimated cost.

According to Medium, “Apache Cordova, Xamarin and Unity account for 70% of the total cross-platform app development tools’ market”.

The development of one full-fledged mobile application requires a strong conceptual foundation, an excellent ecosystem, good planning, and talented designers and developers. Skimp of any of these elements may cause risk to the  ROI of your dream product. Let’s discuss each factor more closely and estimate the cost of Cordova mobile app

The Process Involved in App Development are:

There are four phases involved in the development of an app:

Once you have decided and identified your target market, it’s time to focus on platform i.e Android or iOS. Though it’s good to choose both platforms to cover a large portion of users but if you have budget restraint than go with Android because “There are now 2 billion monthly active Android devices globally.”

For Android Cordova mobile apps, the cost ranges as follows:

A Cordova mobile app framework is a great way to enhance the mobile app development process. It helps businesses to gain more adherence and better brand recognition without burning extra money. Though we know that app releasing time is important but you should not rush through the development phases and the cost of building Cordova mobile application will hardly matter in the long run if it takes off and gains a large market of users.