Social media apps have made a solid presence for a huge number of users, thanks to the global lockdown and coronavirus pandemic. Social media app development is something that’s bound to grow in the time to come. As to what it takes to develop a good social media app, here’s a rundown. 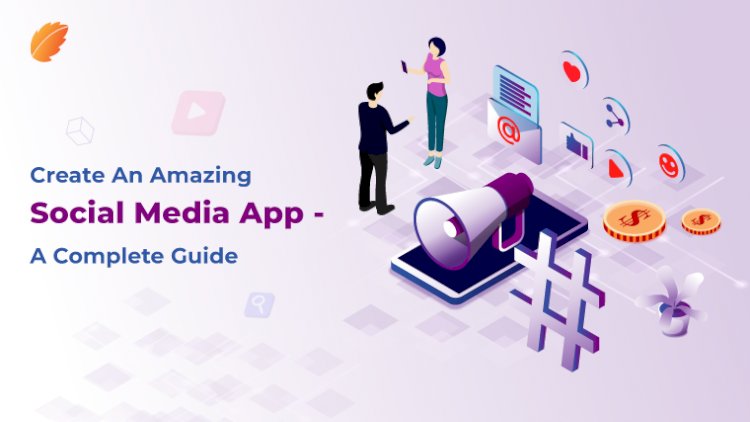 It will be long before a bigger revolution in technology comes about that can replace the impact of smartphones and digital technology. The extent of alterations they have made to lives all over the world will be hard to replicate, that’s for sure.

Because every piece of information can now be accessed with just a few clicks, social media apps have actually consumed a big chunk of our daily hours. In fact, the increasing number of smartphone users has been a big reason for the rise of social media app development on the whole.

Because technology is also growing at a rapid pace, vast opportunities are now opening up for everyone to explore the potential of reaching out to people with social media apps.

If you are someone looking to cash on the idea of creating a good social media platform, this guide will surely prove to be of help.

Let’s get underway then, shall we?

In a single line, social networks are tools that enable digital communication through which users share and consume content on a common platform. Till a few years ago, such communication tools were only confined to computer systems. However, thanks again to smartphones, people access social media at their convenience through multiple apps.

Social media apps are largely divided into the following categories-

The name of this category makes it pretty easy to understand. These networks allow the sharing of different kinds of content like live videos, photos, and videos. As far as this type is concerned, there is not much difference between media sharing networks and social media apps these days.

The main motive behind social media networks is to facilitate the connection between different people and individuals.

Mostly, social media networks allow for resonating with different like-minded people, uploading and sharing photos and videos among many others.

Such platforms help in getting answers to different queries, get new ideas, and even share their experiences.

Blogging social media platforms allow users to create blogs and then publish them. With writing as a hobby and great writing skills, these platforms allow for posting on multiple devices.

Technology stack has an important role in the perfect social networking app development. The higher the scale of the project, the more elaborate will be the technology stack.

In the present day, there is a huge number of programming languages, technologies, and frameworks that are used for developing apps and websites. Because technologies are pretty dynamic in nature, they tend to fluctuate quite a lot.

In the end, the technology you choose will have a big impact on the overall project and its goals.

For creating a sound and efficient admin panel, Angular, jQuery, React and Material UI are taken into use.

XCode IDE, Swift, and Objective are taken help of in the case of iOS development, while Android Studio, Kotlin, Retrofit, and Java help with the Android development.

To ensure a smooth operation in the backend, .NET, Ruby, Postgre DB, and Redis are in prominent use.

It is important to understand that an app that’s designed and created from scratch will always stand out in performance and functionality when compared with a mere customized template of an app.

Obviously, creating a social media app will surely involve the investment of time and money.

If we talk about the timeline, developing a typical social media app will take about 1800-2000 hours on average. These hours will typically include designing the UI/UX, app development, and other related tasks like project management, testing, and deployment.

The major costs in designing a social media app are involved in the amount that is being paid to developers for their services, and also the kind of features that are needed in accordance with the client’s needs.

An MVP social media app, with all the basic features and functionality, will cost around $30,000. This cost will fluctuate depending on the features that will have to be added to the MVP app.

Features that Cannot Be Ignored in a Social Media App

There are no two ways that every social media app will try to be different and offer something unique to the users but in hindsight, there are a few basic features that are very essential to every app.

Here are such basic features-

As every new day passes by, technology takes rapid steps to more progress. If you think you have an idea for a social media app with enough firepower to make a mark in the market, you should surely take a shot at it.