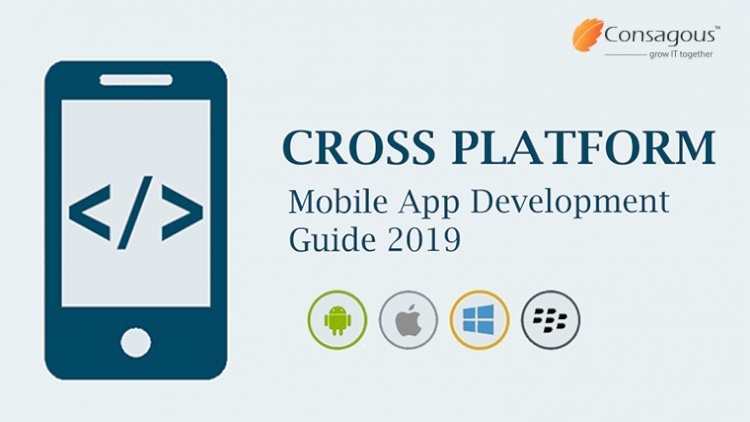 In 2017, the market shares of two most common operating systems for smartphones i.e. Android and iOS were 85.1% and 14.8% respectively. And in March 2018, 3.8 million apps were found in Google Play (for Android) and 2 million in Apple’s App Store (for iOS).

These numbers are itself a proof of growing mobile application market so it’s safe to say that cross-platform mobile app development has endless opportunities for developers.

So without further delay let us look at the top 10 mobile app development frameworks:

As we know the world is wheeling around digitization, enterprises want to align with the surroundings so they are ready to adopt things that are in trends. But at that point, they should play smartly as a number of cross-platform framework choices are available in the market. Here is the list of cross-platform mobile app framework that will you help you to choose the best.

React Native is a  perfect choice for mobile app developers as it allows them to use existing resources. It is a tough competition for Xamarin and Native Scripts. Most of the Fortune 500 companies like Instagram, Walmart, Airbnb, Tesla, and others are using it as React Native uses the same UI building blocks that Android and iOS do. For more details visit our blog- React Native Mobile App Development Isn’t Going Anywhere

JQuery is a feature-rich JavaScript library. It’s an HTML5 framework that handles animation seamlessly. jQuery has changed the way of writing JavaScript and its greatest advantage is that its code can run across all Operating System such as Android, iOS, Windows, Blackberry, Firefox, Kindle, Nook, and MeeGo.

Mobile app developers can download JQuery either as a custom download or the latest stable version. It’s an ideal choice for rapid development of apps with the plugins that come with the app.

Ionic is an open source framework for mobile app development, which helps to build native-like mobile apps with HTML, CSS3, and Javascript. Basically, it’s a front-end network, that works amazingly on the latest mobile devices to hit the market in the desired way.

Ionic templates and projects developed by other mobile app developers can be downloaded. It helps the developer community to reuse code whenever needed. Another advantage of this popular framework is that it works smoothly with Angular SDK.

After the launching of Ionic, it becomes easy to build high-performance mobile app and Progressive Web Apps that run ripplelessly on multiple platform or device.

Xamarin is a cross-platform app development tool which is owned by Microsoft. It uses CLI and CLS with a C# shared code base. Mobile app developers can use this framework to write code for native Android and iOS apps and can share across multiple platforms including Windows and Mac OS. According to Xamarin, “over 1.4 million developers were using Xamarin’s products in 120 countries around the world as of April 2017”. For more details read- Xamarin Benefits For Cross-Platform Mobile App Development

PhoneGap is an open source platform for cross mobile app development, it allows developers to use JavaScript, HTML, and CSS to create full-fledged mobile apps. Previously, it was very difficult for Mobile App Development Service Provider to write code for each device individually. But now PhoneGap has solved this problem by offering Native iOS & Android App Development Services using standards-based web technologies to bridge web applications and mobile devices. Since PhoneGap applications are standards compliant, they’re not going anywhere in the future.

Today cross-platform mobile app development is in buzz all over the world. It has reduced the cost and efforts of mobile app development company to a large extent. Not only this, but it has also made mobile app marketing better than ever. Want to take your business sky high? Contact us at +1(512) 488-3568 or visit Consagous Technologies.