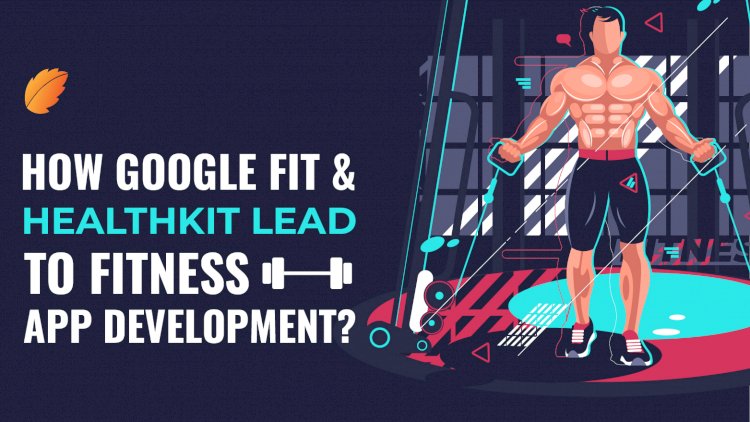 Apple and Google have taken fitness to the next level with their respective fitness apps. The market is booming, and the flood of new applications is enormous. Developers are in demand but well-prepared to create apps ready to be featured on the app store.

In this blog, let’s discuss the potential of Google Fit and Apple HealthKit, and what fitness app developers need to know to create an app successfully.

Google Fit for fitness app development is starting to take the fitness world by storm with its robust integration and lets you transfer your workout data from other apps to Google Fit. Fitness app developers now have a platform that not only can store all of their health data for them but also give them multiple ways to use this data and tools for analysis.

It's not just fitness apps that are getting onto this train. Google Fit is now a popular platform for developers to create smartwatch apps and wearable devices. Xiaomi has their Mi Fit wearable device that uses Google Fit to track users' daily steps and sleep patterns while staying connected to the user's Mi Account to help them monitor their health over time.

Another compelling use case of Google Fit is with home automation systems like Nest, which stores information on air quality, temperature, and even humidity in your Nest.

Some fitness app developers are working closely with medical experts and large health institutions to design a new generation of health management apps to help people manage their health more effectively. For example, all the information previously collected by each fitness tracking app must now be provided by various apps together. It means that users have to install multiple apps to get their complete health data. However, with HealthKit on board, developers can easily create comprehensive health record apps.

HealthKit allows developers to collect data from a wide range of fitness tracking apps. It includes popular ones like Fitbit, HealthKit, and Nike+. It also consists of the user's health issues like pulse rate and blood pressure. In the past, most health apps have been limited in how they can connect to other apps. However, with HealthKit on board, apps can now connect with other apps and provide users with much more comprehensive data.

How Can Google Fit and HealthKit Help You Create High-Quality Fitness Apps?

There are many reasons why Google Fit and HealthKit lead to fitness app development.

How Google Fit and Apple HealthKit Will Impact the World of Fitness App Development?

As an app developer, the opportunities are endless with these two technologies combined. They have opened up many possibilities for those who wish to create new applications using Google Fit and Apple HealthKit APIs.

The business model for fitness app development is undoubtedly here to stay and will continue to grow as the market only expands. New launches appear daily, which creates more competition.

We place our faith in Apple HealthKit and Google Fit to enable a defined format and storage method for health data, allowing developers to create apps and gadgets where people can share health data.

These goals are likely to be achieved through initiatives like the recently announced HealthKit and Google Fit. This will certainly give users a sense of accountability to ensure their health data is recorded, stored, and transmitted accurately. Both these apps are great resources for fitness app development.

Google Fit facilitates this by acting as a key storage device for most health data - a PIM (Personal Information Manager) where developers can also use third-party APIs for other functions like, e.g. gym management.

While the Apple HealthKit provides a unified storage mechanism to allow users access to their health dashboard, it has a built-in SDK that allows fitness app developers to create extensions for the dashboard.

This addition will help apps solve, e.g., grocery lists and other issues where users cannot physically fit into a gym but still like and need to track their progress on exercise, calorie, or sleep management.

These are significant challenges, and this is why we see several start-ups making headway in the fitness category.

The fitness app industry has been booming in recent years and is one of the most popular categories on Android and iOS platforms, with a lot of room for improvement.

With Google Fit launching recently, we can expect more improvements as developers (including us!) will be able to use it.

In addition, there are already significant innovations in creating affordable and portable wearable tech devices such as Jawbone UP, Fitbit Flex, and the upcoming Apple Watch.

Exercise apps in the category are also one of the iOS' most popular free apps, and with the upcoming Apple Watch release, it will be interesting to see how this space will evolve.

So we decided to ask the experts in this field their thoughts on how Google Fit and HealthKit would impact the world of fitness app development.

We understand that the process of creating an app is drawn-out and complicated. Numerous setbacks are involved. But there's no reason to lack motivation.

Consagous Technologies strives to significantly lower developmental faults with its effective fitness app development solutions. Before introducing any software to the market, our team prepares and tests it carefully.

Consagous’s team has rich experience in creating applications based on Fit and HealthKit APIs, which requires a deep understanding of programming skills. Our fitness app developers have expertise in delivering flawless code with an excellent user interface.

We can assist you in developing an entirely customized interface for a successful fitness app. As a leading Fitness trainer app development company, we ensure you will receive the best streaming experiences across numerous devices, portability, and top-notch fitness app development solutions. Contact us now.