How to Ensure Your App’s Stability

App crashes are a nightmare of every developer, even though it happens to every mobile app developer at one point of mobile application development. To stop these nightmares check out our new blog ensure your app’s stability before its release. 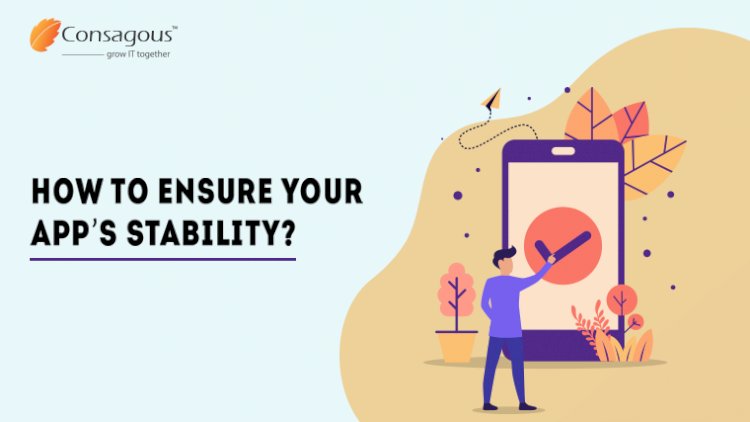 According to the Nielsen survey reports, the average U.S. smartphone user uses nearly 27 apps per month. This same report also reveals that the top 200 mobile apps enjoy over 70% of that usage. Is your mobile application one of them?  If no, then this blog can help you to ensure your app’s stability.

Enterprise mobility applications instability is one of the core reasons why users uninstall apps. While an unstable app might not be a failure app, it may cause trouble for end-users if it capriciously crashes or loses data at the critical coupling. You may lose your users if your app begins to crash multiple times.

To avoid all these things, sometimes you have to burn the candle at both ends for every single user to maintain the stability of your mobile app. Here are some of the main reasons behind the app’s instability:

There are various points that cause instability of the mobile apps. Now it’s time to discuss the points to ensure the app’s stability before its release:

Apps need to be blue streak and they need to function properly. According to Dimensional study “after using an app that ran slowly on a regular basis, 48% of respondents uninstalled or removed it; 33% stopped using it.”

Users really dislike those apps that look like a lumbering website, sometimes apps have bugs that crawl into the codebase and keep the app away from functioning with ease. These bugs interfere with the user’s overall experience. So use automated testing tools for apps testing, it not only saves time but also protects you from embarrassment.

According to Arxan technology report, “90% of apps had at least 2/10 of OWASP’s top ten major security risks”. Even around 50% of the mobile application service provider companies don’t allocate a separate budget for apps security. While this means a banquet for hackers and can cause a huge risk for businesses.

To solve this issue you need to ensure your users that their data is secure, especially when they add personal data that can be used for any fraudulence. Take all necessary efforts to assure your mobile app users that you have taken all the data protection measures.

4. Visualize Through Your Customer’s Eyes

User experience is one of the most crucial factors that decide whether your app is going to stay in the market or not. So, understand the user’s activities and how their experience is affected by app performance issues. Always be aware of the code-level errors that cause ANR crashes.

To carry high consistency on your app’s user interface, switch weighty processing tasks to the background threads. However, don’t exaggerate the switching, keep a balance along with a consistent UI/UX experience.

5. Mapping Out the Purpose and Function of the App

Before mobile app developers begin to write the code for business application, give them information about what you want it to do. By doing so, developers will get an idea of how an app will function than they will make an app layout with ease. Once they have a predefined layout, they can start writing code for each separate section of mobile app.

Without a roadmap, the chances of coding mistakes automatically get increased. While you can spot these mistakes later but it can be time-consuming.

App instability is a big source of frustration for both developers and users. Although not all crashes can anticipate early, some can. Don’t let small-small bugs pester user engagement and use crash reporting tools to fix them before releasing.