iOS 14 - Important Features to Look Out For!

It’s here, and iOS 14 certainly looks very appealing. Apple has heard its users’ demands, and that is surely a positive. iOS app developers have a lot to look forward to, as far as this update is concerned. 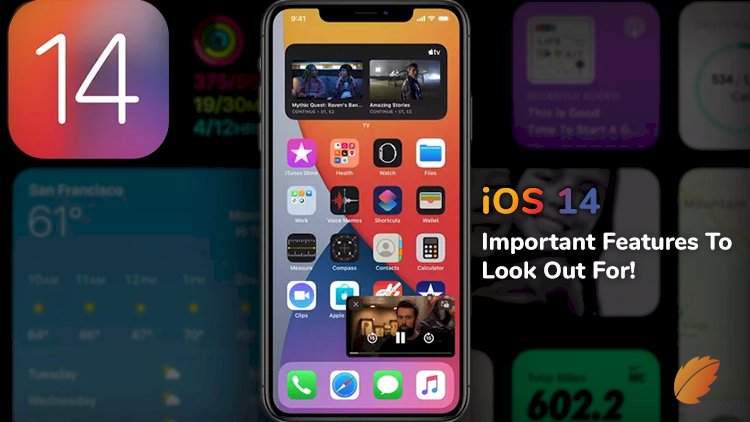 The company has its fair share of critics, but it cannot be denied that every single move that Apple makes is noticed, analyzed, and evaluated by technology experts all over the world. Needless to say, when the announcement is to have a huge impact, say an Apple product launch or something to with software, things enter into a lot more detail. This one is about the latter context.

And it supposedly has brought some neat tricks up its sleeve this time around. Long story short, there is an increased degree of flexibility, something which the users had been craving for years in the Apple ecosystem. People were allowed a preview of some features of iOS 14 during the Worldwide Developer Conference (WWDC) in June.

iOS app design has always been a key factor or USP of every iOS device. And the launch of iOS 14 is supposedly the biggest update Apple has made over the years. The beta versions for both the iOS app developers and the public has been completed, and it will launch along with the new set of iPhones later this year.

Here are some really new and cool features that will be on all compatible iPhones, courtesy iOS 14-

Widgets are a huge part of the overall customizable experience for users. With iOS 14, the Widgets option will provide accurate information pretty easily, and will be more convenient than ever to pin widgets on any single Home Screen page.

These widgets depend primarily on what apps are installed. Then there is a new Smart Stack option too. Users can customize a stack of their preferred widgets together, and then the relevant widget gets displayed according to the location and activity.

Users new to the iOS ecosystem might find Smart Stack a little difficult to get used to.

The App Library will be there down on every Home Screen page and is going to sort your apps automatically into different folders, like Entertainment, Social and such. Also, users will get Suggestions about some apps that can suit a particular app folder.

Users can choose to decide on the number of Home Screens for displaying The App Library.

Siri, Apple’s Google Assistant was long due for some change, and Apple brings a major overhaul in making Siri more accessible and quicker to reach out. While there was a separate screen for Siri before, it will now open as a pop-up on the same screen.

A better translation prowess and the chance to record and send audio messages with Siri has also been enabled.

With iOS 14, Messages will give users the chance to pin their conversations on the top of their list, which will surely remind you of WhatsApp, as it does that already. Some more Emojis, options to add a picture on a group chat, and more such little, but substantial features are included.

Finally! Apple has permitted the use of third-party apps over the default Apple apps with the new iOS 14. For example, users can set Chrome as their default browser, or Gmail as their default mailbox.

So, whenever a user clicks on any link, it will always open in that particular app only.

Safari will bring you a nice privacy report for iOS 14 users so that they can see the third-party site trackers are blocked, as well as to detect the saved passwords that might have something to do with a data breach.

Other than that, a built-in translation feature like Google Chrome is also being developed.

These are just some of the new features of iOS14, and they will be available from this fall as a free software update for iPhone models from 6s and later.

If you are looking to get a great iPhone app for your business, deploying it through iOS14 will be a great move. For this, Consagous Technologies will be a great choice as it is a renowned iPhone application development company.