It’s Time To Switch To Kotlin For Mobile App Development 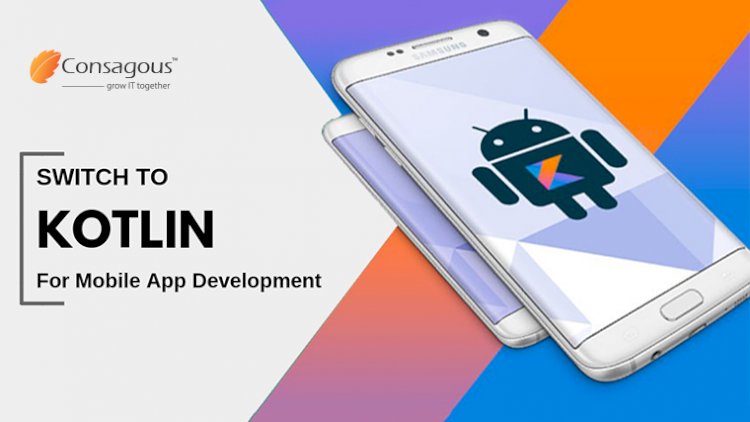 In the mobile app development industry, Kotlin has been in the buzz as it becomes a developer first choice for building an Android app. Previously the trend was different when we talk about Android app development, the first programming language that came to our mind was ‘Java’.

Undeniably, the majority of Android apps are written in Java but developers should know that the Android app can be written in various language that can be compiled and run on Java Virtual Machine (JVM).

According to the Realm Report, after Google’s I/O announcement, “the number of applications built with Kotlin has increased by 125% and its adoption rate has doubled from 7.4% to 14.7%”. These figures prove that Kotlin is receiving amazing acceptance from the developers of mobile applications.

Here’s a couple of reasons why you should totally switch to Kotlin:

Kotlin is purely interoperable with Java. Developers can continue to work on their old Java projects using Kotlin. No need to change the code as Java frameworks are still available in Kotlin and all the framework mobile app developers will write in Kotlin is easily adopted by Java developers.

During the development cycle, times matter a lot. With Kotlin, developers can save time during the mobile app development process as it requires less code means fewer bugs to deal with. Kotlin also helps in accomplishing tasks with high speed, in turn, that can also save your significant amount of time while building a mobile application.

Kotlin has a positive impact on your bottom line also as most of the IT solution provider companies calculate costs based on project hours. So it’s perfectly natural to see Android developers get quite excited over this remarkable programming language.

Android Studio has an amazing support for Kotlin, it makes easier to configure Kotlin in projects just like opening a few menus. Once you have set up Kotlin for Android Studio, your Integrated Development Environment will seamlessly understand, compile and run Kotlin. Developers can also convert the entire Java source file into Kotlin file.

There are lots of features that are offered by Kotlin so it safe to proclaim that Kotlin will go through an accelerated period of evolution over the coming years.

It can make Android developer’s life a lot easier with its new tools to get developers fired up to build something awesome. If you have an idea for a mobile app and required dedicated app development team for Kotlin mobile app development, we can offer you the services of our experts. Consagous Technologies has a pretty solid footing on Kotlin, so reach us today and grow IT together! let’s connect with us at +1(512) 488-3568.