Mobile application development is one of the leading industries nowadays. Since their first presence, mobile applications have evolved a lot in the last few years by attracting the attention of more and more users. To make app famous and successful, ASO play an important role in and this ASO Guide, we will see how to improve discoverability and conversion rate of apps to increase downloads. 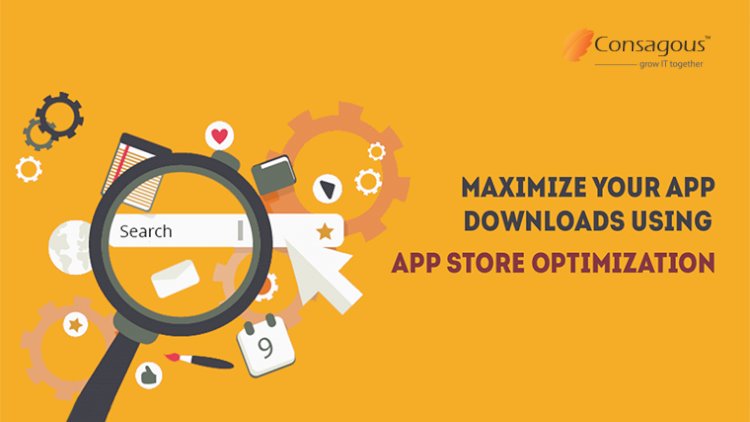 “Mobile is not just a platform. It is an opportunity to transform your business.”

If you’re a mobile app developer and want to get your app out to the masses, you know how difficult it can be without a proper strategy. Ranking in the app store and search result can be unattainable goals, especially for those who you’ve just launched a new mobile app.

But with the help of some basic app store optimization, you can go a long way, as it becomes a nectar for mobile app development to gain a recognition in App Store

According to statista, app discovery is one of the biggest marketing challenges for nearly 50% of app marketers. Therefore appreneurs started focusing on  App Store Optimization (ASO).

Let us dive down to know the ins and outs of ASO:

What is App Store Optimization?

Application Store Optimization is the way to improve the ranking of mobile application on google play store and App store so that it can appear higher in query items. The higher visibility generates more traffic to app’s page to increase the number of downloads.

After the cursory look at the  App Store Optimization, it’s time to discuss the factors that increase the ranking of mobile apps.

According to a research, 47% of all US iPhone users search mobile applications in the App Store while only 10% find apps due to being featured on a top chart, and 9% through Apple’s featured screen.

On the basis of study completed by AppShots “53% of Android users and 47% of iOS users found their last app through app store searching “, and mobile application with simple features and appealing screenshots increased downloads by 30%.

The Importance of Ranking in App Store Search

Mobile app development companies went through trouble of building a successful mobile app with slick functionality that’s ready to add value to its users. Previous testers and users were raving about it but there were some major issues like person who already know about it can found it in app store. And this problem needs to be addressed before a competitor swoops up your audience.

There is no substitute for high rankings in app store search, on the basis of trends strategies also get changed time to time. Even if your mobile app will get featured on a top search result the resulting downloads won’t be as great as you’d think.

The components that Google Play use to figure out the ranking of applications are different from the factors utilized by Apple but there are certain factors which are common for both apps stores.

Keywords Are Your Foundation

Just like everything in SEO, keywords are the foundation for getting apps found in various app stores. Of course, start with a keyword in the app title, and choose it wisely. One big change to the Apple App Store as of September 2016 was limiting the character count from 255 to 50 characters. This means tightening your word choice; the idea is to find the correct balance between the app’s name and some keywords. Remember, this will also be your app’s URL, so choose wisely.

As the number of mobile apps is increasing day by day on google play store and App store, it’s important for apps to get positive store ranking. For this search engine optimization (SEO) can help you by targeting the right audience, only the approach to marketing apps needs to be strategic. Before discussing the components that affect the mobile app ranking, let’s discuss what exactly App Store Optimization is?

According to the Fiksu, the number of app downloads is directly proportional to application store rankings. If you want to increase your app’s downloading, then use proper  SEO strategies so that your app can easily visible on search result page.

For ASO, it is very important that your app name must contain the brand purpose as well as the appropriate keywords otherwise it may fail to generate traffic to the app page. A recent study of  Incipit revealed that apps that have keywords in their titles ranked 109% better than those without.

Your mobile app description is what that decide the fate of your app i.e whether the audience will download your app or not. So it should be informative as well as catchy that tells your customers how your mobile app can provide value to them.

To make it more pleasing use relevant screenshots and videos and insert appropriate keywords in the description so you can naturally boost your downloads.

Use An Eye Appealing Icon

To make a splash and attract users create an appealing icon for your app as it is the first thing that audience will notice. As the various apps are available on Google and App store, so make sure that your icon design will not similar to other apps.

An easy way to design an amazing icon for your app is to check some of the well known top ranking apps of your category. This will give you a rough idea of an icon, however, it is important that your icon should be unique enough so that viewers do not get confused.

App store optimization is not an easy task, but it’s excessively important to take an app to the next level and allow it to be found by the target audience. Using these tips can help you to make your apps successful.

An ASO service offers a platform to mobile app development companies to maximize revenues by getting more often discovery on app stores and dominate the market. So, have you got an idea for the next great app? Or looking to market your app. Let us connect with us.  Call Us at +1(512) 488-3568 or Mail Us at projects@consagous.co or visit Consagous Technologies.