The increasing rate of Mobility Enterprise Solution coupled with mobile commerce is considering as a gratuity for both business owners and mobile application developers. This combination not only broadens the revenue generation but also reinforcing the user engagement and retention. 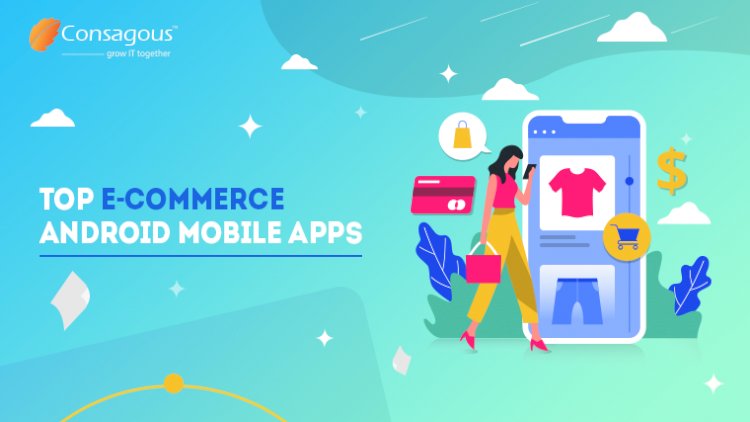 When it comes to online shopping, “mobile application” comes first in our mind as it is the most convenient method of shopping.

The increasing usage of Android mobile apps coupled with mobile commerce is offering new opportunities for both business owners and mobile app developers. The combination is not only escalating the revenue generation but also enhancing the user engagements and retentions.

Though there are millions of mobile applications that get uploaded on the play store almost every other day only very few actually manage to grab the attention of users – either because of their niche conception or exceptional functionalities.

Here are the 6 most popular Android apps for shopping worldwide:

AliExpress, a part of an Alibaba Group is the world’s largest online retail platform launched in 2010 in China. It enables consumers from all around the world to buy directly from manufacturers and distributors mainly in China. AliExpress is the most popular e-commerce website in Russia and was the 10th most popular website in Brazil.

Flipkart Pvt Ltd. is an e-commerce website launched by Sachin Bansal and Binny Bansal in 2007. Initially, it was launched for book sales, but now it sale almost every products including electronics, fashion, and lifestyle products.

Flipkart is a big competitor of Myntra and Jabong.com and its also an owner of PhonePe, a mobile payments service based on the Unified Payments Interface (UPI).

Amazon.com Inc. is an American multinational technology company, founded by Jeff Bezos in 1994 in Washington. Other than e-commerce, it focuses on digital streaming, cloud computing, and artificial intelligence. Amazon is considered one of the Big technology companies along with Google, Facebook and Apple. Its current market position is 570 and its mobile application rating is 4.28 based on 1 million ratings.

Paytm is India’s largest e-commerce payment system and digital wallet company founded in August 2010 by Vijay Shekhar Sharma in NOIDA. Initially, it started as an online mobile recharge and bill payments platform but now become a full-fledged an online marketplace.

In a short span of time, Paytm has gained the trust of a million people and have more than 250 Mn registered users.

Over 7 million merchants across India are using Paytm QR code to accept payments directly into their bank account. It also uses paid promotional content to generate revenues. Their average rating is 4.37 with 2.7 million fans in Paytm’s Facebook fan page.

eBay is a world-famous an American e-commerce corporation based in San Jose, California founded in 1995. It facilitates consumer-to-consumer and business-to-consumer sales through its website and mobile application. This Enterprise Mobility Solution has multibillion-dollar business with operations in about 30 countries, as of 2011.

eBay is free to use for buyers and sellers for listing limited items but after exceeding a certain limit it charged fees from sellers when those items are sold. Previously it also offered online money transfers as part of its services which was completely owned by a subsidiary of eBay.

Their average rating is 4.37 with current market position #197.

Uber is a convenient, pocket-friendly and safe taxi service which include peer-to-peer ridesharing, ride service hailing, food delivery, and a bicycle-sharing system. It is basically from San Francisco but now available in 63 countries, 785 metropolitan areas.

As of 2019, Uber has nearly 110 million users worldwide and 69.0% market share in the United States for passenger transport. It uses a dynamic pricing model with multiple payment options like Google Pay, Apple Pay, PayPal, cash, or, in India, Airtel mobile wallet or Unified Payments Interface.

If you also want to add your app in the list of top E-Commerce Android Mobile Apps, hire mobile application development company that can transform your vision into a full-fledged app.