Why Golang is Better Than Other Programming Languages?

Here we are unravelling many surprises that make Golang mobile application development stand apart from other programming languages. 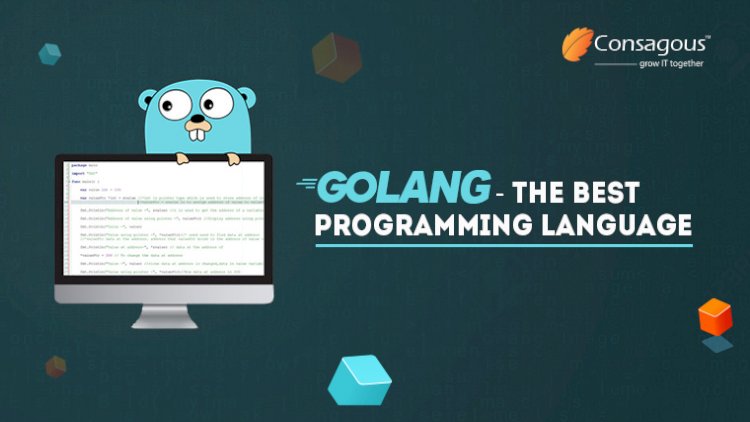 “Go will be the server language of the future.” — Tobias Lütke, Shopify

In the mobile application development world, there is no stoppage for discoveries and innovations. The mobile app developers community is always looking for an easier and sophisticated way to write a code for designing software. To meet their needs Google introduced Go in 2007 to improve programming productivity in an era of multicore. Since than Golang has become one of the most trending languages in the developer community by addressing the drawbacks of other languages but keeping their useful characteristics. Let’s begin with its introduction.

What is Go or Golang?

Golang was designed to amend programming productivity in the age of multicore and address the criticism of other languages without losing their useful characteristics. This open source language is widely used in production at Google and now other mobile app designs and development companies have also started using it.

Golang came as a wondrous new programming language with a full pack of solutions. Ever since it arrived, Golang took the entire mobile app development industry by surprise.

Why Mobile Application Developers Must Go With Golang?

Go Language is the easiest language and other than this it holds huge opportunities for mobile app developers. Let’s discuss.

Golang built as a compiled language. With the help of static linking, it combines all dependency libraries and modules into one single binary file based on OS type and architecture. In other words, if you are compiling your backend app on your laptop with Linux X86 CPU you can upload compiled binary into a server and it will smoothly work, without installing any dependencies.

Go is faster than other programming languages. It performs better because of his concurrency model and CPU scalability. Whenever we need to process some internal request, it runs separately through Goroutine, which is 10 times cheaper in resources than Python Threads. So mobile app developers save a lot of resources because of the built-in language features.

Garbage collection is a vital feature of the Go language. It gives a lot of control over memory allocation and has dramatically reduced latency in the most recent versions of the garbage collector, with average latencies below 1ms. Go’s garbage collector does this by running simultaneously with the program and by using a tricolor mark-and-sweep algorithm.

IDE support is one of the important things when mobile app developers switch programming language. Comfortable IDE nearly can save up to 80% of the developer’s coding time. Go plugin for JetBrains IDEA also offers everything that they need for mobile application development.

Golang mobile application development has given mobile app developers huge flexibility, and freedom to use all use cases within a language. It is designed in such a way that it can fit new requisites and can handle construction and mastery of concurrent operations.

Recently, Golang has witnessed an amazing hike because of its modern databases. Its unique approach in mobile application development platforms has played the main catalyst to add to its worldwide fame.

So, if you are looking for Golang mobile application development agency for your business, hire app developers from us as we are your one-stop software development partner.