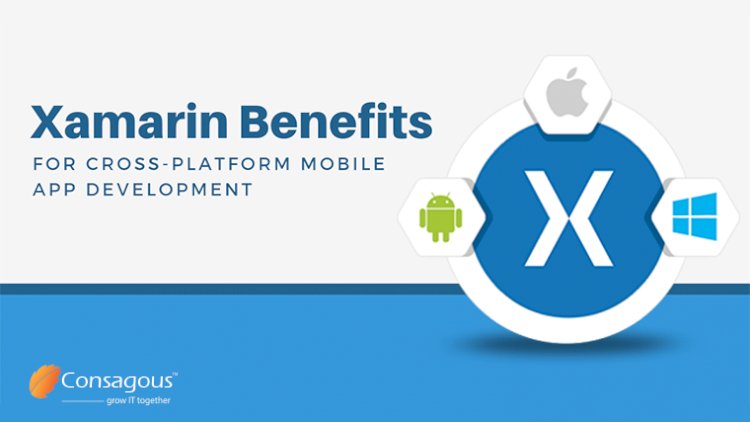 Every developer wants to speed up his own speed to wrap up mobile application development task within a given time frame, but due to blurry vision and lack of services they are unable to deliver want they actually want. To cope up with this problem developers community introduced Xamarin; cross-platform for developers so they can build full-fledged mobile applications within the time frame.

Till now, developers are become used to with it but still few of them are unaware about its benefits. So let’s discuss what is Xamarin and how it helps mobile app developers?

Xamarin works like a salt, confuse!! Don’t head your mind, will explain to you in a much simpler way. It’s a mobile app development platform which is used to build, test and monitor mobile apps. Currently most of the fortune five companies like IBM, Appcelerator and Kony are using Xamarin framework for mobile app development and only in past 12 months Xamarin developers community has grown 98% and sales have more than doubled. Xamarin’s differentiation stems from its ability to build native and hybrid apps for iOS, Android, Mac, and Windows using a single C# code base.

Since its launching date, many updates have been made in the Xamarin features such as:

Xamarin has launched its Xamarin. Forms that allow developers to share more than 90% of code across the platforms that directly saves mobile app development service provider’s time and efforts. It has also a native UI for the phone and tablet form factors for iOS, Android and Windows but uses shared code on the back end.

As Xamarin allow developers to use single code across the different platforms therefore hybrid mobile app development is comparatively quicker then Native development.

It reduces the cost of hiring developers. Unlike, Native iOS apps, hybrid apps reduces the hiring cost of iOS and Android developers because here we need only one team to build a mobile app that runs effectively on both OSs.

With Xamarin cross-platform app development tools, businesses can deploy their product faster than ever. Now the app development process becomes faster and delivering products become more swiftly than before. As Xamarin uses a single code base, it works seamlessly on leading mobile platform.

There is no need to write code for Android mobile app and iOS mobile app separately as Xamarin cross development solutions allow developers to use existing code and resources for developing a new mobile application which directly saves developers efforts and hard work.

Xamarin features allow developers to show more creativity and efficiency at the same time by reducing the length of the code. It offers uniformity that makes mobile application design more efficient and appealing. With Xamarin, no need to create separate UI for different mobility platforms as it can reuse 90% of the code and create both Android and iOS apps simultaneously.

Xamarin Mobile App Development Solutions delivers the right conditions to build applications that can exist both inside and outside of the Windows ecosystem.

It helps mobile app development companies to increase their customer reach with the help of cross-platform mobile apps. Write code once and use it for both iOS and Android mobile apps and engage the target audience for the long-term.