Android Instant mobile app development is going to bridge the gap between web searches and moving users to Google Play store. It works like a combination of a web page and mobile application. So, unlock the most fruitful opportunities for your business with Android App Development. 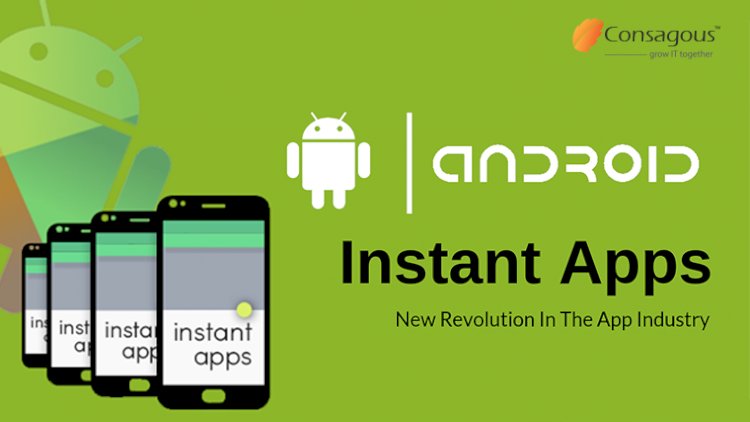 Android Instant Apps – are the next step in mobile apps evolutions, it is universally accepted Android Solutions that allows applications to be run instantly without installation.

At Google I/O 2016, we got our first look at an Android new feature called Android Instant App. It allows users to access a cloud-based version of the app on Android, similar to streaming music and videos, Instant Apps allows users to use applications on the fly, without having to download and install them. This new feature not only saves users time but also allow mobile app development companies to let people demo what’s essentially a full version of their mobile app solutions before installing it.

How Do Android Instant Apps Work?

Google’s purpose behind announcing the instant app is that they want to reduce the time to reach the target page of an app. They want people to access the app in just a few clicks and get their aim fulfill.

Like PWA (Progressive Web Apps), Android Instant Apps can be designed to work online, but some features would be accessible only when connected to a network.

In short, Instant Apps work by modifying the native apps. Basically, a native app is divided into small parts, where each part comprises multiple category sections of the full native app. Once you close the window, it disappears.

Here is the list of new features of Android Instant App:

What are the Benefits of Android Instant mobile App Development?

Make user acquisition easier –  An instant mobile app development improves the user acquisition by offering a simple solution where users can click on a Google search result with the instant app. Mobile app development Companies can increase user acquisition by offering the same features of their mobile apps. Instant apps make it easy for users to understand the features of the app before hitting the download button. Many publications will cover your app in the list of leaders in this mobile space. Thus, it will give you a hike in publicity.

Get more creativity –  With the help of an Instant app, mobile app developers can introduce a ‘lite’ version of mobile applications which can offer a better user experience with a new level of competency that will bring out the creative side of developers.

Easy to share – It’s very irritating when it comes to sharing a product and no one would be able to view it by clicking the link. Sharing through a link is one of the biggest benefits of instant apps. Users can share any specific page of your app over different social media platforms thus gives you free hike of new audiences.

Make the better user experience – One of the best things about android instant apps that user loves is their greater functionality over mobile. The most app provides enhanced animations, design, and faster speeds compared to their mobile website counterparts. E-commerce businesses can avail the advantages of Instant mobile apps by making the shopping experience seamless and effortless.

Improve User Retention – When it comes to e-commerce stores, users have the choice of usable mobile sites and native apps from different brands. This has resulted in most brands losing their stickiness and losing their customer time.

The instant app helps in building faith between user and owner and convince them to download the native app. Its easy-to-use option is the most attractive features that make users stick with it.

The instant app has undoubtedly a number of benefits and by now, it has already become an important aspect of significant growth prospects, with the highest potential in e-commerce, entertainment, and cooking apps as well as game demo versions.  Moreover, With the Instant Apps not only the users but mobile developers also get benefitted. In this digital revolution era, if you’re an Android developer, you should consider using Google Play Instant to aid your ASO efforts.