Do You Need Blockchain for Your Business?

For the last couple of years, Blockchain has been a buzzword arising out of the hype from Bitcoin. There is no doubt, Blockchain Technology Solutions are promising as it allows trust less-consensus between multiple parties based on peer-peer networking and secures hashes that cannot be altered by design. 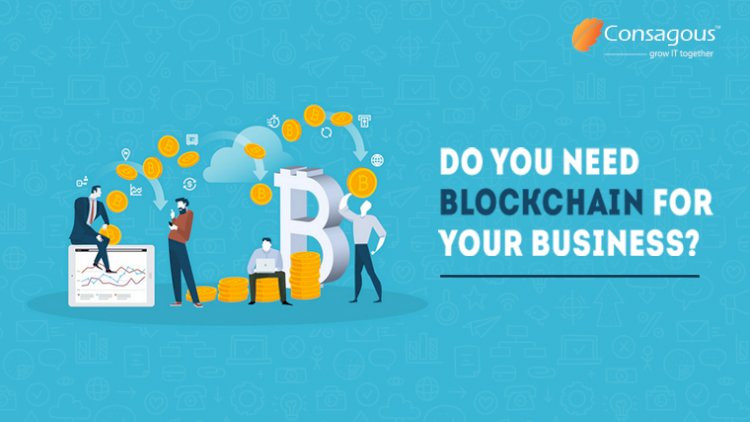 “Kodak’s cryptocurrency ploy hits all the major buzzwords — Blockchain, Smart Contracts, Distributed Ledger, ICO, etc. But look through the PR spin, examine the true merits of using blockchain for the proposed service, and it’s obvious the project is poorly thought out and will never work as promoted.”

the Blockchain effort of the 138-year old commercial printing and imaging company is not sterling, even stating it as a “last ditch stock promotion gambit for a company hurtling towards bankruptcy.”

Mobile application development companies of all stripes continue to show a fierce interest in implementing blockchain in mobile app development. According to a Juniper Research’s “nearly three-fifths of large corporations with over 20,000 employees are either actively considering, or are in the process of, deploying blockchain technology”.

But as the Kodak example depicts, people have created a lot of unnecessary hype surrounding Blockchain technology. This can be confusing, especially for mobile app design and development companies which are trying to decide whether or not it is good to implement Blockchain Ledger Technology.

Many top mobile app development companies in USA have floated in this wave of hype to boost their company’s profiles — and of course to cash in, given that blockchain enables an entity to issue its own cryptocurrency and host ICOs to raise potentially millions of dollars.

Indeed, more than 80% of ICOs recently revealed to be scams, it’s crystal clear that the craze for cryptocurrencies raises serious concerns.

Let’s keep the scams aside, even if a project is complex, does it need to use Blockchain Development Services? In most of the cases, the answer will be a defiant yes. But it’s also important to consider several points before making a decision on adoption. Blockchain technology is believed to help industries if:

Let’s discuss each point in detail!

Blockchain development services represent a compelling advancement in data management as it facilitates consensus within a trustless environment. Blockchain is impossible to hack because this decentralized system removes the need for one authority to be responsible for database management. Some recent blockchains such as IOTA and BitShares are achieving impressive performance levels, and are worth investigating.

Security within the network is very important therefore Blockchain may well be the ideal solution for the long-run.

One of the esteemed aspects of Blockchain Application Development Services is the development of a smart contract. Most of the industries are adopting Blockchain just because of this amazing functionality. And because of its self-executing, self-enforcing nature, human input is largely superfluous to the process. Smart contracts could fundamentally transform the way many Blockchain Development Company operate, enabling greater sovereignty to insurance, arbitration, and legal issues.

Financial services players are showing great interest in blockchain to handle huge amounts of transactions and data, which is a primary requirement for Fintech industry. However, according to critics, blockchain is needlessly fancy implementations of a shared database.

Blockchain will have a deep impact on the world in the upcoming 5 to 10 years. With a system that enables a trustless environment and unrivaled security industries ranging from healthcare, Fintech to supply chain management and entertainment industries are solving challenges that were previously unsolvable.

If you want to futureproof your Blockchain Software Development Company think carefully about whether a switch to technology is required in your business or not. If you are confused or not sure about your move, contact us at  +1(512) 488-3568 or drop a mail at projects@consagous.co.