How Are Music Streaming Apps Shaping The Future Of Music?

This blog will review which on-demand music streaming app trends will extend into the year and will be relevant for music or video streaming services in 2023. Let's dive in together! 😀 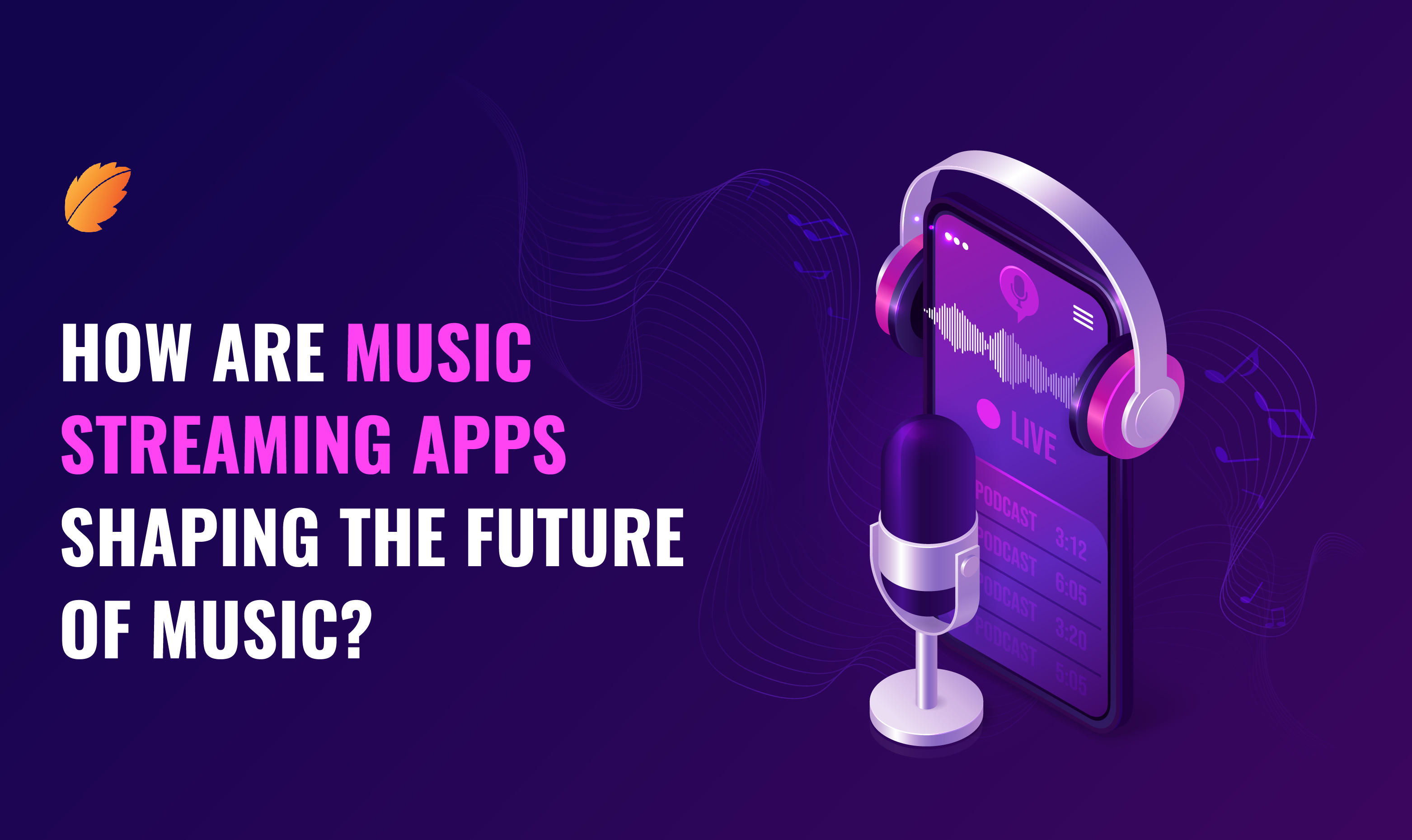 Music streaming industry revenue is projected to reach US$15.22bn in 2023.

High time for those thinking about music streaming app development for a long time. We have seen that the music business has undergone a significant transformtion over the past few years. From music's conception to its launch, music streaming app development has changed everything, upending studios, shops, and business models throughout the sector.

So, we can clearly say that the music industry is evolving, and entrepreneurs who want to extend their horizons can definitely try this industry.

By adjusting to the transitional music industry and fixing some complications, music streaming applications have revolutionized how we used to consume music. These on-demand music streaming app give easy access to music of any genre, language, and type. These Online Music Streaming Apps offer access to millions of tracks for those who enjoy listening to music and are always looking to try something new.

You can also have quick access to a sizable album of music. The listeners may choose from a wide choice of music, whether listening to it in the gym, at home, while working, or elsewhere. Thanks to these apps, you can access millions of music in countless genres.

Peer-to-peer file sharing is where the concept of music streaming first emerged. While they only lasted a few years before being shut down for unauthorized use of copyrighted material, Napster, Limewire, and BitTorrent were at the forefront of altering how people thought about music. This pushed the industry toward new forms of accessibility, even though they were only around for a short time.

Top 4 Music Streaming App Development to Watch for in 2023

Business owners of the digital music ecosystem need to pay a little extra attention as customers' ever-changing demand will keep increasing this year. So, remember to hire a music streaming app development company to add new features to your existing app or redesign your on-demand music streaming app.

New-generation online music streaming apps developer will give you the largest influence on the direction that music takes in the future.

Those On-Demand Music Streaming Apps that continue engaging will grow their revenues while enabling advanced features for the music community.

Online music streaming apps' ability to effectively monetize their goods, stage successful virtual events in the future, and engage and retain customers. During the present crisis, streaming players have succeeded in doing it to some level. The lessons they gain from this crisis will probably aid them in expanding even more and contributing significantly to the future expansion of the music business.

Let's discuss some trends you can opt for in developing music streaming applications in 2023.

Music streaming is becoming a great tool to re-engage fans and increase their income potential as AR and VR technologies mature. Some music streaming services are already merging similar experiences with Snapchat Lens, TikTok, and VR headsets, though it may still seem futuristic.

People engaged in live broadcasting on YouTube and Instagram during COVID-19. Sadly, customers no longer dial into their preferred radio station to hear their favorite songs. Instead, they activate live feeds of anything from DJ sets to concert performances to artist debuts. This demonstrates that the transition to virtual performances during the epidemic may have been more than a quick adjustment to social estrangement.

Major participants in the music streaming industry are increasingly making the most of live streaming opportunities, including Spotify. So what do we foresee? Exclusive concert live streams and more virtual concert series. Only available on a certain streaming provider are DJ sets and programs. There are countless opportunities.

It's impossible to predict what AR, VR, and AI will accomplish for the music business or how these ideas will begin to alter the musical environment. You might not be aware, but Snapchat Lens, TikTok, and VR headsets have already included music in these experiences. We incorporate music into everything we do.

The newest experience platform that brings live music to you is called MelodyVR. It's an app designed for virtual reality (VR) headsets that elevate the live music experience. Users may purchase tickets to live performances at festivals and their preferred music venues, bringing the festival experience to them.

It's a first of its sort in certain aspects and offers the music business a window into the streaming future.

Consumers are subscribing to premium subscription services in greater numbers. Spotify revealed that it currently has over 180 million paying customers after the fourth quarter of 2021. That indicates that Spotify's user base has grown by more than 56 million in the last two years. As more people choose the premium versions, the music subscription market will continue to change over the next years.

5. The Rise Of The Metaverse

Music streaming services have a tonne of promise with the relatively new concept of the Metaverse. The music business will be watching live streaming to see how it operates, which music streaming services will integrate with the experience, and how it will change the landscape of music as more and more metaverses gain popularity. It's a notion that may develop into something far more significant than we can now imagine. Some claim that Spotify is already making hints about entering the Metaverse, which may be entirely novel for the music business.

The music business will continue to expand and adapt, becoming something greater than ever as music streaming services gain popularity and new ways for customers to access music become available. We advise you to hire an on-demand music streaming app development service provider, such as Consagous Technologies, to see a suitable tech-stack fit and if you're prepared to participate in music streaming transformations.