How To Develop A Music Streaming App Like Soundcloud? 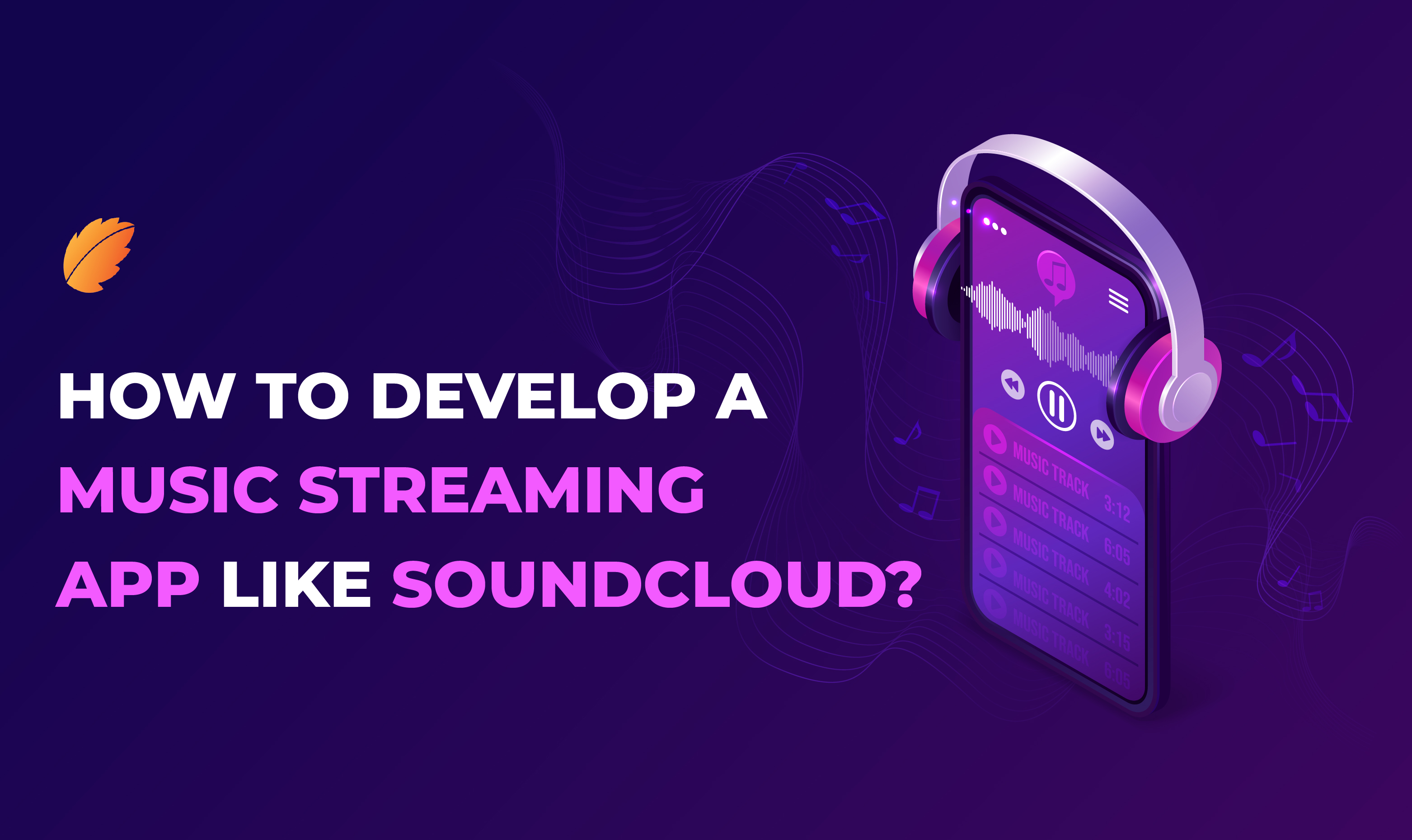 There’s no denying that SoundCloud is the online music streaming app industry’s pioneer. SoundCloud is an all-encompassing app that delivers a remarkable mobile experience. Not only are the majority of it’s features available at no cost, but the software can also be easily accessed and shared with other users.

Let’s analyze what it takes to launch a service comparable to SoundCloud and determine the app’s important functionalities to compete in the music streaming app development industry successfully.

‍SoundCloud and the evolution of music streaming app development

Streaming has had a greater impact on the media and entertainment industry and people's habits of listening to music streaming apps than any other technological advancement in history.

Today, approximately 524 million people listen to their favorite musicians or discover new ones via internet streaming platforms, a statistic that has skyrocketed over the previous few years.

Data from the global music industry shows that music streaming app revenues have increased more than 28 times in the last decade, far outpacing those of digital downloads and all physical music formats combined. In addition, these online music streaming apps now make up the vast majority of global music revenues, indicating that the industry’s future will most likely occur in an on-demand, online setting.

‍SoundCloud is an innovative social media service that aims to disseminate audio songs. If Instagram and YouTube encourage users to see the world through their lenses, SoundCloud encourages them to show it through their ears.

The app was originally designed to be a place where artists could connect and provide feedback to one another. With over 200 million tracks, SoundCloud is now one of the greatest online distribution platforms for original music and audio recordings.

There are 175 million active monthly users of SoundCloud, and the official number of monthly app users is 76 million.

‍Important Functions of a Music Streaming Service like SoundCloud

Creating new software is anything but simple. Maintaining your momentum and being true to your goals are essential for success.

‍The following are the most important features to consider when creating a SoundCloud clone:

One is the features of the program itself. To stand out from the crowd, your app needs to provide users with more than just the standard fare in terms of music and audio functionality.

If you want to attract new users, your app must be easy to use. Make it a point to describe the app functionality clearly, and try to put more detailed info in the FAQ section.

Your app must look good and feel pleasant, not only for the end users but for your dev team as well. Keeping this in mind, make sure you keep the same (or similar) layout on all of the platform versions;

Using mobile devices, smart devices, desktops, or servers is not enough nowadays. Users are operating multiple devices, and you must be accessible for them via all of them. If you don’t have experienced backend developers on board, you can use the templates with Node.js or Ruby on Rails.

You should avoid replicating the music content from competitors. Instead, try to create your search algorithm by implementing some machine learning techniques.

You should implement safe access to your users’ data, so you can attract new clients who are not afraid to upload their tracks.

7- Popularization and promotion of your app

You should provide your users with a premium version of your app, which is expensive and requires an annual subscription.

8- Mobile apps are not enough

There are several different pricing models for the use of the application.‍

A music streaming app like SoundCloud needs a clear vision and purpose before development can begin. The app's creators must make crucial decisions, such as whether to let users upload and stream their music or curate a selection of songs from popular musicians.

Researching and analyzing music industry’s rivals is the next step in figuring out how to set your app out from the crowd.

‍Here are some of the technical steps involved in creating an online music streaming app:

Strategies for making money off of apps, such as charging for premium features or including ads, should also be considered. Once development is complete, the app should be tested extensively before being released to the public and promoted to the appropriate demographics. Regular updates and enhancements can be implemented in response to user comments.

The success of any music streaming app development service depends upon the presence of certain features and technologies that play vital roles in bringing in revenue.

With this potential and the agile methodology, Consagous Technologies can deliver worldwide access to next-generation online music streaming apps on any device. To ensure your on-demand music streaming app is ready for today's streaming services, we recommend using the most up-to-date technology, with features that can be easily upgraded.