An initial coin offering (ICO) is just like a startup and to become successful, it needs to solve a problem that most of the investors are currently facing. According to a research, TenX could be one of the biggest ICOs, as it simplifies the huge problems in the cryptocurrency community and in the market that’s expanding by billions daily. 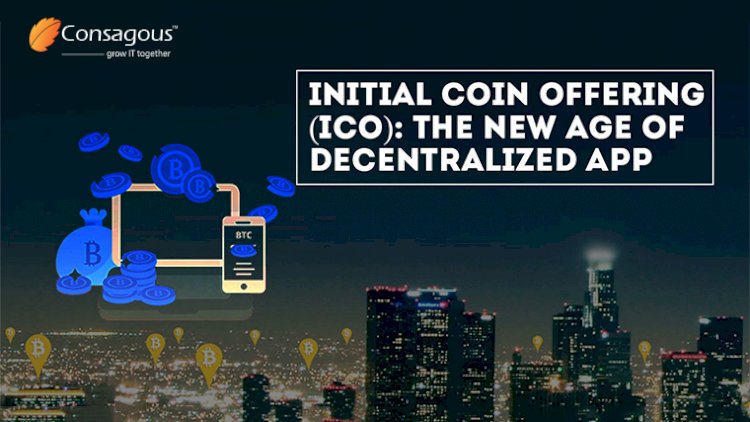 Today all the Industries across the world are looking into how blockchain can aid their businesses. Though it has gained global hype but some systematic inequalities are still there in its landscape.

With the help of underlying mature technology, some of these inequalities are already addressed and some will be overcome by the time, while others are resilient and complex to deal with. These inequalities require newfangled solutions. Undoubtedly blockchain offers a provocative and shiny future for businesses and technology stakeholders but still, risks are there from which they might encounter in the future.

If we see the market with the lense of investment perspective, the most stimulating aspect of the ongoing blockchain revolution is the ICO (initial coin offering) which has seized the attention of investors and technologist across the world. Even though this new capital raising revolution has not fully defined by government bodies but continues to flow into new projects.

Because of this modern funding model, investors and companies are excited to raise capital sums without interchanging the formal ownership with coin investors. “Companies are raising $100 million, $156 million, $185 million and even $232 million by selling tokens that will be used in the protocol that these companies have promised to build using this money”.

This system opened the door of opportunities for coin or token investors and encourage them to invest in blockchain ventures so that they can enjoy the benison of ICO as it enables them to raise remarkable amounts of capital in hours or days. Let’s discuss in detail what is ICO and how it helps investors to raise their fund?

What is an initial coin offering (ICO)?

An initial coin offering is basically a crowdfunding campaign that uses the smart contracts of Ethereum platform to allow people to exchange other cryptocurrencies for the new native tokens or coins.

These coins can later be sold, purchased or can be used for the company’s native product or service. When a company creates its own coins or token, the amount of the new coins varies. It’s a lubricative opportunity for investors and blockchain app development companies as the average listed ICO has a more than 1,000% return in under a year.

Why you should get involved in ICO?

“Don’t invest what you aren’t willing to lose.”

If you are aware of the trade market then ICO hopefully will help you to make a lot of money.

Considering the average return then investment seems quite tempting. For entrepreneurs and startups, it’s like a machine of raising money via Kickstarter (“Bancor reached its $155 million funding in about two hours”). So the money you raise also helps you to make more money which is something striking of investors.

An initial coin offering (ICO) is just like a startup and to become successful, it needs to solve a problem that most of the investors are currently facing. According to a research, TenX could be one of the biggest ICOs, as it simplifies the huge problems in the cryptocurrency community and in the market that’s expanding by billions daily. The trend for ICOs is heating up all over the world and software development companies are looking at it as a serious way to integrate it into their app development process.