Why AR/VR Will Transform the Future of Web Apps

AR/VR app development has a promising future, but its relevance along with web apps is something that hasn’t been touched upon properly yet. We explore the AR/VR future with WebAR in this one. 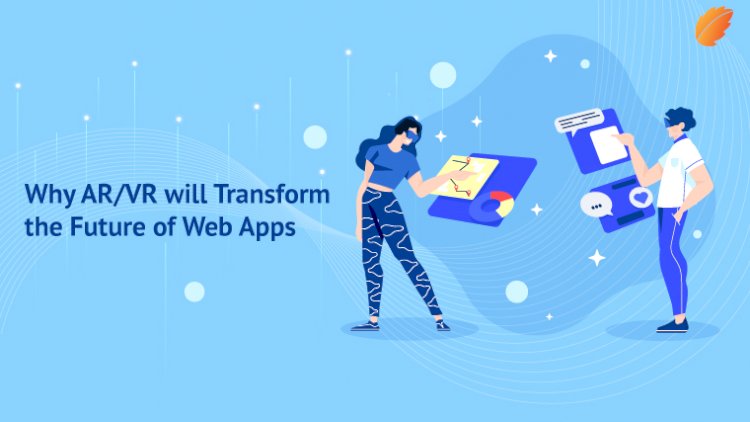 Among many other debatable topics, the one with a choice between native apps or web apps takes top slots. If truth be told, this debate can truly be regarded as old as the advent of technology itself.

If we go back a few years before the arrival of smartphones, most of the applications worked only on computer systems. The concerned software had to be bought right from the app store before installing and using it. With the advent of Cloud technology, an increased number of applications moved over to this online server of sorts.

Be it Native apps or web ones, if the current trends hold true, whether direct or indirect in their relation, then AR/VR app development will have a huge part to play in their future.

An Introduction to WebAR

WebAR or Web Augmented Reality has been on an incline, which can be credited to hurdles present in employing Virtual Reality app development. However, it would be enough to say that when Augmented Reality became huge, the most promising of app experiences have been app-based.

While such AR is very adept in terms of technical prowess, engaging the people enough with marketing so that they really download the app will always be a complicated proposition. To top it off, ensuring seamless compatibility with multiple platforms is another challenge that needs to be taken care of.

This is where WebAR comes to the fore.

WebAR is an Augmented Reality experience that can be easily accessed through a browser instead of choosing proper AR/VR app services. In other words, for WebAR, you just need a smart device and an Internet connection, and you are good to go.

As of now, the WebAR offers some chosen features compatible with AR, including different animations, videos, and some interactive content as well.

How do you Design WebAR?

At the end of the day, WebAR is a web application, which is why there are certain platforms conducive for WebAR creation, just like usual web development platforms. For instance, A-frame is a good framework to start with, creating 3D environments and systems within an HTML-like ecosystem.

WebAR has a lot of potential to completely transform the Augmented Reality/Virtual Reality technology.

The biggest benefit of WebAR is that users don’t need to download an application on their device to make its use. That’s because, in the case of an app, there are other hurdles like app size, data, memory management, and a lot of other things to take care of. This pushes people away from using AR in the first place, and which can be managed through WebAR.

To add to them, WebAR can easily work across a variety of web browsers too, which eliminates the need for fixed specifications of a device to make the use of AR, which again increases the market penetration of Augmented Reality.

Other than the fact that WebAR has a lot of promise, there are some limits to it, the biggest of which is that it’s still an early technological trend. Users cannot expect WebAR to work with similar finesse as that on an app.

The reason for this right now is that apps provide better memory management and functioning, leading to better visuals and performance over extended periods of time. After all, there’s only so much space that a specific web page can have. All of this blows the quality of the visuals away.

The Future of AR/VR with WebAR

While it’s in the initial stages, there is no denying that the limitations bind it. As to how the technology will develop over the years remains to be seen, but with technology giants like Apple and Google investing their resources heavily, the improvements are sure to come by quicker than you will expect them to arrive.

Nevertheless, WebAR is, as of now, the flag-bearer of convenient and quick AR/VR experiences that bring genuine impact with them. Suffice to say that there’s a lot more to come in the future as far as web apps go, with more sophisticated Augmented Reality app development to lead the way.

If you think you have a great idea about AR/VR, then Consagous Technologies is the right choice for you. It provides leading Extended Reality app development services that will just be perfect for everyone.